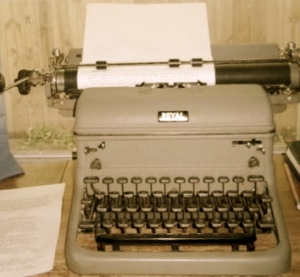 The traditional writing process, as taught to K-12 students worldwide, goes a little something like this:

Oh, if it were only so simple, so linear!

I am back to square one. Prewriting. Since 2010, I’ve shunned the idea of a lengthy book project in favor of short, pithy blog posts.

But now it’s 2013 and even though I have a little baby, I also have more time and creative space than before. Living on Lake Atitlan instead of in Guatemala City makes an enormous difference. My commute to work is a ten-minute bike ride featuring a stunning view of the lake and its three volcanoes, rather than a 10-minute smog-filled drive fighting aggressive traffic. I teach English as a Second Language to seven students, ages 8 to 12, instead of wrangling 115 mostly snotty, privileged (read: filthy rich) eighth graders into practicing mindfulness and improving their English skills. I am in a happy, healthy, committed relationship with the father of my child, rather than perpetuating my decade-long penchant for dead-end men and unhealthy, uncommitted emotional messes.

And lately, I’ve been feeling the pull to write a book after all. As usual, I start by brainstorming the title and table of contents. All signs point to “Yoga Schmoga.” But as I began organizing the structure with “memoir” in mind, I found the same old tired stories rearing their monstrous heads. My autobiography does not have to mean reliving each moment of the painful past, recounting stupid, scintillating details of experiences past.

Then the subtitle came: “How to flow and flower with life.” But that’s a bit pretentious, isn’t it? That I could counsel a reader on how to live better? I do not want to write a self-help book. I want to write a genre-bending, inspiring, accessible, fantastic book about yoga and dharma and the meaning of life, which is to live, presently. In doing so, I will share select stories from my tattooed twenties, primarily to illustrate how yoga and mindfulness have freed me from mental misery and emotional overwhelm. I will sprinkle in some poetry and some favorite quotes and passages from the masters.

My most common creative monster haunts me in the form of the inner cynic… “You have no reason to write a book… no one cares what you have to say… there are already enough books out there… who’s going to pay to read what you’ve written?”

I guess the beauty of it is, it doesn’t matter. I am writing already. The book of life is happening, moment-to-moment. The challenging task is to write fresh content and then wrangle it into a readable, clear book format without simply reverting to revising moldy old material.

Maybe you will want to read it, or maybe you won’t… I will give you the chance to decide for yourself by writing it. Putting it out there. Stay attuned.

4 thoughts on “The Writing Process”

Immerse yourself for a week in a safe space for growth and healing, surrounded by the spectacular beauty of nature and the potent energy of an established retreat center specializing in deep practice. 🧘‍♀️ Yogis of all shapes, sizes, experience levels and genders are invited. Slow flow doesn’t necessarily mean easy, it means moving in a slower, gentler, more mindful way. We’ll deepen our breath together. Sighing, crying, laughing, dancing, sitting still, telling stories and singing—allowing each moment to unfold naturally—are all encouraged. 💜 Regarding the writing, professional writers and poets are certainly welcome, but the writing activities are more of a self-reflective nature. We’ll use the framework of the 7 main chakra energy points in yoga for the writing sessions. 🌟 More info: ↘️ https://yogafreedom.org/group-retreats/